How Many Languages in the World

Dec 26, 2019 You may be surprised, but it is a very difficult task for linguists1 to give the correct answer to the question, “How many languages are there in the world?” Before they can start counting, they have to solve some other problems. What can be defined as a separate language? Should dialects2 be added to the general number? Can you always understand the difference between a language and a dialect? How many people must speak the language? Is it obligatory for a language to be written? And this list of questions can be very long…

If you do not want to go into detail, just trust in professionals’ opinions, which state the following:


As you see, even scientists are not able to give a more or less exact number. The Ethnologue organization speaks about approximately 6900 languages, and specialists from the National Virtual Translation Center agree with it. The Linguistic Society of America says that there are about 6800 spoken languages.

In fact, from time to time different languages disappear, because peoples speaking them die out or assimilate with other peoples. Thus, their languages become extinct. Have you ever heard about “dead languages”? Latin is the most striking example.

The Most Popular Language in the World

Do you know what language is the most widely spoken one? If you think it is English, you are badly mistaken. Look at the table below.


As you can see, the main problem is to estimate the number of speakers of Arabic.

Here you will find some really interesting facts about languages.


If you want to get a neat definition of a language, you can use the utterance of some anonymous New York teacher, who said that any dialect can be called a language if it has its army and its navy. 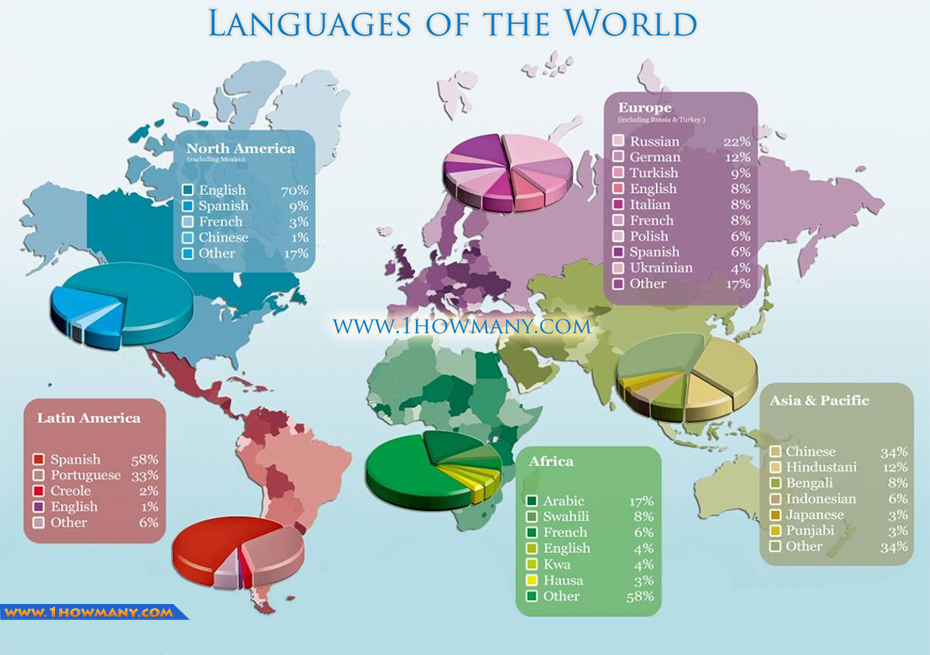